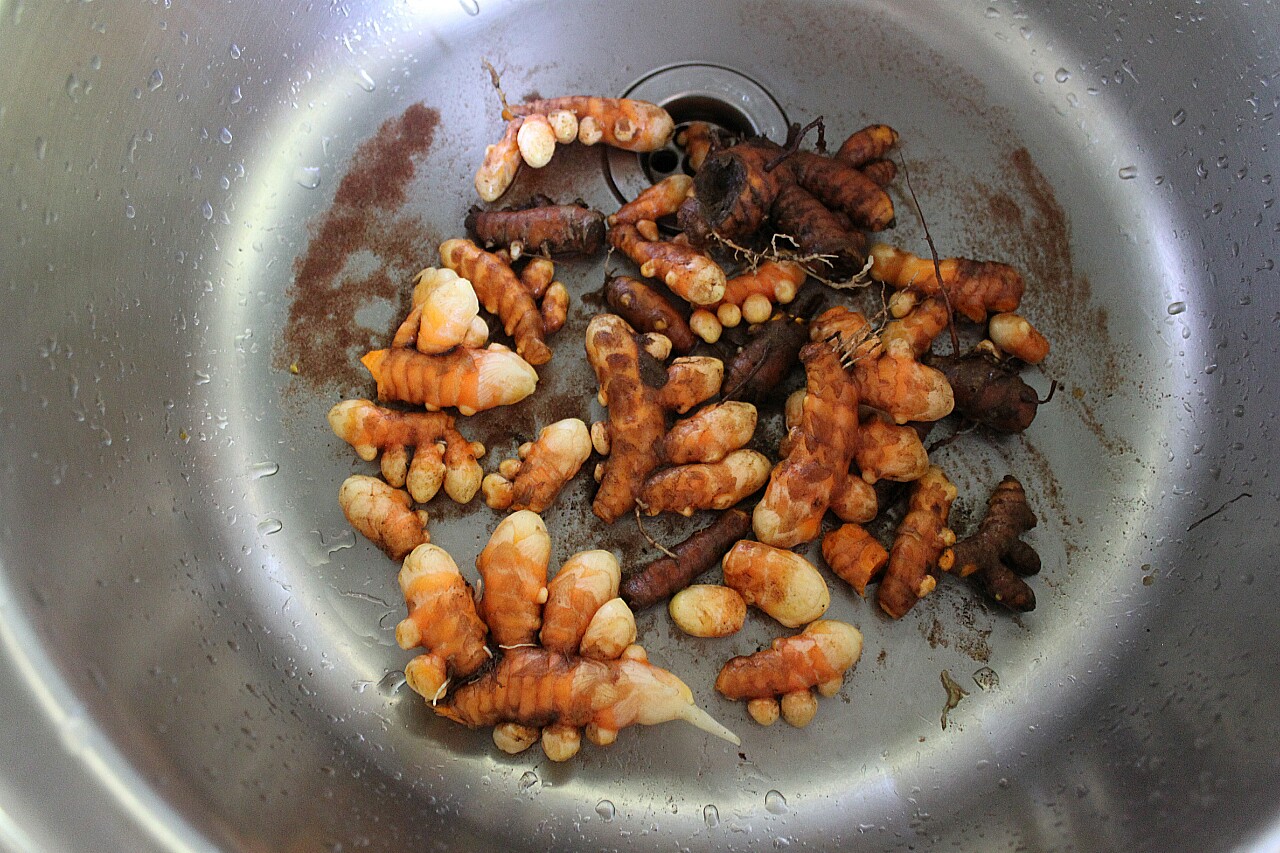 My partner Chris is the one who turned me on to fresh turmeric. He had beds of it growing in the garden when I arrived on the farm. A man who seldom lets anything pass his lips that doesn’t benefit his body, it was Chris who educated me about turmeric’s curative capabilities, namely its powerful antioxidant and anti-inflammatory properties. A growing number of scholars are studying its active ingredient curcumin for its capacity to destroy cancer cells, as well as for lowering cholesterol. It is also believed that the low incidence of Alzheimer’s disease and liver cancers among Indians can be ascribed to the extensive use of turmeric in their cuisine.

Native to Southeast Asia, and a rhizome that thrives in our hot wet summer, turmeric is a hardy offshoot of the Zingiberaceae, or ginger, family. (So hardy, in fact, it will overwinter in colder climates as long as it is protected.) Turmeric has synonyms in Sanskrit, Hindi, Chinese, Latin and Arabic, but the one I like best is its Sanskrit name kanchani, which translates into “the golden goddess.”

I’ve also learned that in Indian households turmeric is commonly referred to as “the kitchen queen” because of its status as a versatile primary ingredient. I now understand why: every part of this healthful plant is edible. The ribbed, dhow-shaped leaves make for a fragrant steaming wrapper, while the flowers, blanched or raw, can enhance the look of a salad, dessert, or steamed dish. Here, so far, we’ve only used the roots, in similar ways one would use fresh ginger. We particularly enjoy a daily cup of turmeric tea, the recipe of which is at the end of this post.

As you can see above, the roots often resemble stubby little dirt-covered toes and fingers, while in contrast, its delicate creamy pink pagoda-like flowers nestle tightly in between the plant’s lime green leaves. They also make for a beautiful cut flower.

How we make turmeric tea: