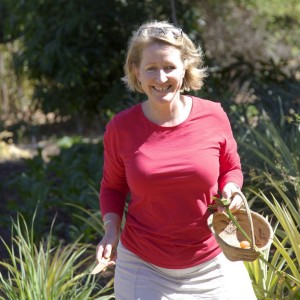 My name is Annabel Hughes Aston. Home is a corrugated tin box built on a concrete slab thrown under an old Mongongo tree on the Zambezi River escarpment, twenty-three kilometres upriver from the resplendent Victoria Falls in Zambia.

The tin box — a deceptive architectural wonder — is the creation of my husband Chris who, in an earlier time on his farm, was forced to build a place in which to live in 20 days. Its simplicity and openness allows for unfettered access to the natural world beyond. I find it inspirational. Mostly. There are no doors. The corrugated iron walls are articulated to allow for air to pass through unencumbered. And the rain during the wet months. And the heat. And the bugs.

I arrived on Chris’s farm in February, 2013. From America via England via Zimbabwe. Though my work as a journalist-activist took me to London and Washington, D.C., I am African: born in Kenya, educated in Zimbabwe, and now living in Zambia.  I was away from the African continent for 14 years. It feels good to be back.

When I finished high school in the 1980s I was sent to England to be taught how to cook, but today I have little use for the consommé-cum-thermidor techniques I learned back then. Later, in Virginia where I lived in the United States, I uncovered a heartfelt enthusiasm for gardening, and am now fortunate to live in a climate where nearly everything grows. Since returning to Africa I’ve also been learning about wild food, a subject in which I became interested while completing the Virginia Master Naturalist program in 2011.

Each of these elements have led me to create the “bush gourmet” cuisine for which I have won two awards after introducing it at The Elephant Café in Livingstone, including the Luxury Travel Guide Awards’ Boutique Restaurant of the Year for 2017 (Africa & Middle East) and Zambia’s Best New Restaurant in 2016. These elements also led me to start my own food business in 2018, more of which you can learn about at my Annabel Hughes Aston website.

I started this blog in the hope of sharing with you what it is like to live — and cook and garden and forage — in such a unique environment. I want to share what it is like cooking in an open kitchen with a big Mongongo tree in it. I want to share stories about growing a garden that flourishes in semi-arid Kalahari sand and is watered by the Zambezi River. I want to share what it’s like living with Chris on a Zambian farm where the biggest pests are elephants, in an area with people who have been subsisting off the land for centuries.

For an in-depth look at our life in the Zambezi Valley, please click here to read my feature article in the April-May, 2015 issue of The Cook’s Cook magazine, published by the New York Times food writer and recipe tester, Denise Landis.

For an updated version of my life in the Zambezi Valley, please click here to read my commissioned story in the March 8, 2017 issue of Vanity Fair Italia.