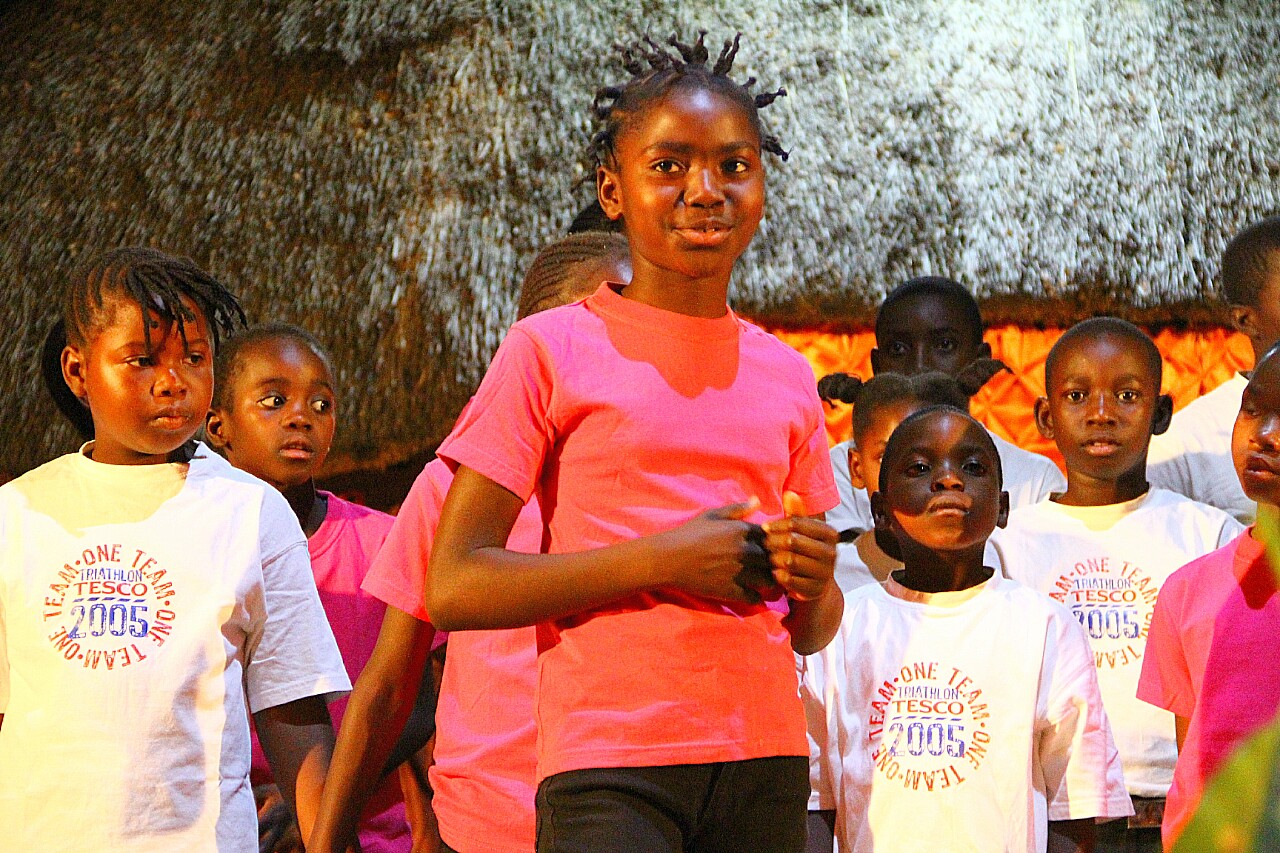 Who needs Hollywood when you’ve got Tujatane?

Live entertainment of any kind is a luxury here in the upper Zambezi Valley. Theater nights are nonexistent, as are movie houses, while exhibitions and concerts, usually arranged within a small radius of Victoria Falls, are marked up on our calendar as a rare one-off treat.

Imagine our surprise, then, when we discovered we lived nearby an award-winning troupe of performing artists? A group of talented kids who’ve competed and won national competitions for traditional dancing, drama and poetry, over and over again?

I’m talking about the students who attend Tujatane, a local school that offers education to underprivileged children who live within walking distance of its premises. A couple of weeks ago we attended a program of performance arts organized to not only celebrate the school’s 18th birthday, but also to raise funds for the students to participate in Zambia’s 2015 national competitions.

If what we witnessed was anything to go by, then the Tujatane Troupe will be winners again. We thought they were brilliant!

Tujatane, the Tongabezi Trust School, is the brainchild of our friend Vanessa Parker, who landed in Livingstone as a volunteer teacher back in the 1990s. When she first opened its doors, Vanessa welcomed 15 preschoolers, having little clue that one day it would grow into 241 children.

Vanessa believes that through education Tujatane becomes the starting point for change among a community that has only really known poverty. She donates a considerable amount of time and energy to the school on a voluntary basis. What Vanessa has created and nurtured–the inspirational legacy she will leave this community–is nothing short of heroic.

Tujatane School has charity status in the United Kingdom, and is completely funded on donations. If you would like to donate, please click on the following link: Sponsor a Tujatane Child.

Grateful thanks to Yomar Monsalve for allowing me to use his photographs and video in this blog post.