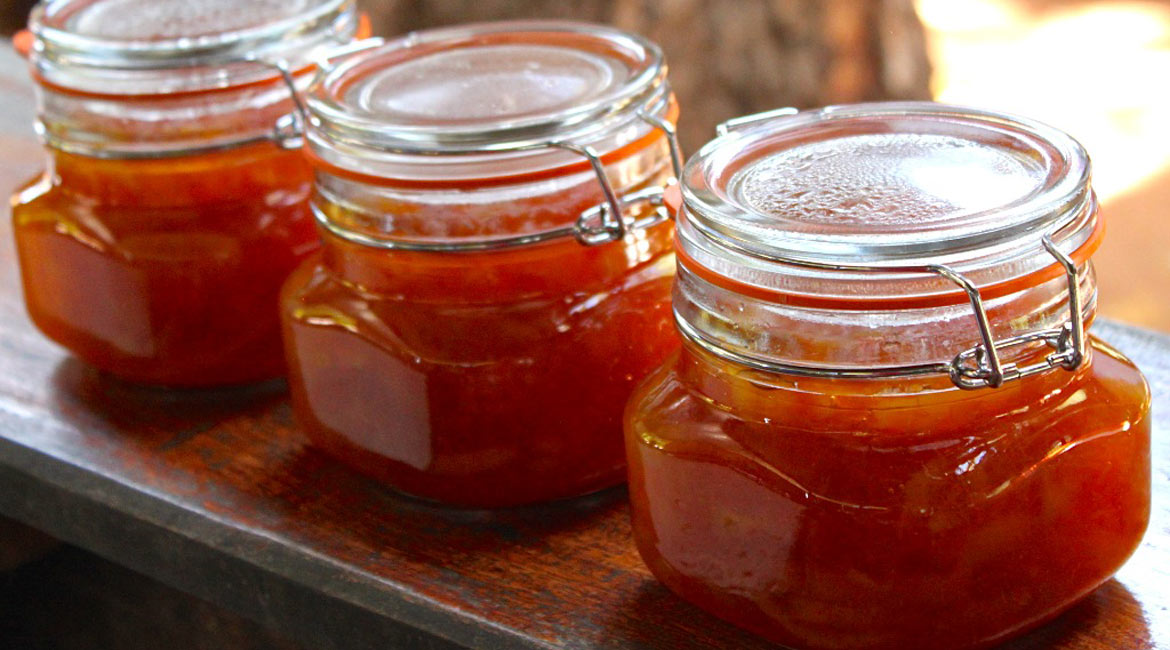 Packing the Pantry with Preserves

While planning this post, I realized I had no idea where or how food preservation began. I started exploring its history and read that although food has been preserved for millennia — from early man having to harness nature to survive i.e. storing fish on a bed of ice — it was a French confectioner in the late 1700s who invented the canning techniques we still use today.

In an article by the National Center for Home Food Preservation, I learned that Nicolas Appert discovered how applying heat to food in sealed glass bottles preserved it from deterioration. He theorized “if it works for wine, why not foods?” The French Navy later offered itself as a guinea pig for Appert’s principles, and in 1806 they were successfully trialled on a wide range of foods including meat, vegetables, fruit and milk.

Because we don’t have harsh winters here in the Zambezi Valley, preserving food is not really a necessity. We can usually find something to eat out of the ground any time of year. By filling our pantry with preserves, I’m sating my inner Amish housewife: I hate waste, and I love saying “… it’s out of the garden.”

Canning jars come and go quickly in our shops. If I see them, my inner Amish housewife is elbowed aside by my Black-Friday-Sales housewife and I’ll try and grab the lot. That said, we give many away as gifts, so there are times when we have to make do with reusing our old jars. Often the lids are compromised — the seals give way, or they rust — and if I’m unsure, especially in our searing summer months, I’ll store our preserves in the fridge instead of the pantry.

In this post I have highlighted some of the preserves we’ve made in the last couple of months. These include Rosella Jelly, David Lebovitz’s Kumquat Marmalade, Pilipili-Hoho, Pomelo Preserve, Roasted Peppers in Garlic OIive Oil, and Whole Preserved Kumquats. I have not included my Preserved Lemons or Marula Jelly, both of which I wrote about in earlier posts this year.

I have used this recipe a few times to make Kumquat Marmalade. In taste it’s unbeatable; in consistency I find it a little runny. To help this last batch set firmer, I added some big chunks of pomelo skin, which is packed with pectin, and it made all the difference. After it had done its job, I removed the pomelo skin from the marmalade. Click here to read the recipe.

I wrote about Pilipili-Hoho in one of my first posts on SavannaBel. It’s a hot, boozy sauce I add to soups, stir-frys, curries, and sautéed chicken livers, especially in the colder months. It’s bright and cheerful looking, and also makes a terrific holiday gift. Click here to read the post and the recipe.

The pomelo, aka shaddock, aka pampelmousse, aka Chinese grapefruit makes a chunky, mild and moreish preserve. We have juiced pomelos, and eaten them fresh for breakfast, but I’d never cooked this football-size fruit before. The pectin is in the pomelo’s skin and dense pith, while its flavor can be found in the coral-pink segments. Click here for the recipe I adapted to make my Pomelo Preserve. I say “adapted” because I didn’t follow the recipe word-for-word. I never chopped up the whole fruit in a processor, for instance; instead I set the pink pulp aside and separated some of the skin from the pith, which I sliced neatly into thin strips before boiling. I also added 2 cups of water to the fruit and sugar mix before boiling it into Pomelo Preserve.

When we were given a bagful of red, green and yellow peppers by a farmer next door recently, I knew we couldn’t eat them all so chose to roast and preserve them in garlic and olive oil instead. I did not use a recipe as such. I sliced the peppers neatly, removing the seeds and the ribs. I then blackened the peppers’ skin in a hot cast-iron skillet, which one can do in the oven or over a flame if it’s easier. I did this in batches because of the quantity. When the peppers were charred and softened, I transferred them to an airtight bag to sweat. When cool enough to handle, I peeled off the blackened skin, layered them in a canning jar, covered them with olive oil, added a couple of fine slices of garlic, and sealed. That was it. Done. Once opened, I kept the peppers refrigerated.

We ate them in frittatas, in salads, in quinoa, and on their own. In this house roasted peppers don’t last long at all. When the peppers were finished, I used the leftover sweet-perfumed, smoky garlic oil to enhance a dish of roasted vegetables, as well as a salad dressing.

Whole kumquats in syrup make a delicious accompaniment to cheese, especially a gorgonzola or Stilton. They are also complemented by roasted nuts, like almonds or pecans — some people stuff them inside the preserved kumquats — and can be used in cakes, steamed puddings, or ice cream. While preparing these kumquats I was left with a surplus of syrup, which I decided to bottle as a cordial. Kumquat cordial adds a warm citrus flavor to a hot whiskey, yet is also refreshing when topped with soda water, ice and a sprig of mint. Click here for the recipe, taken from an article in the Fresno Bee published in 1971. 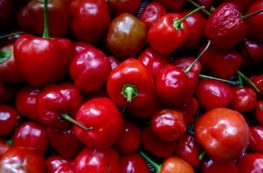