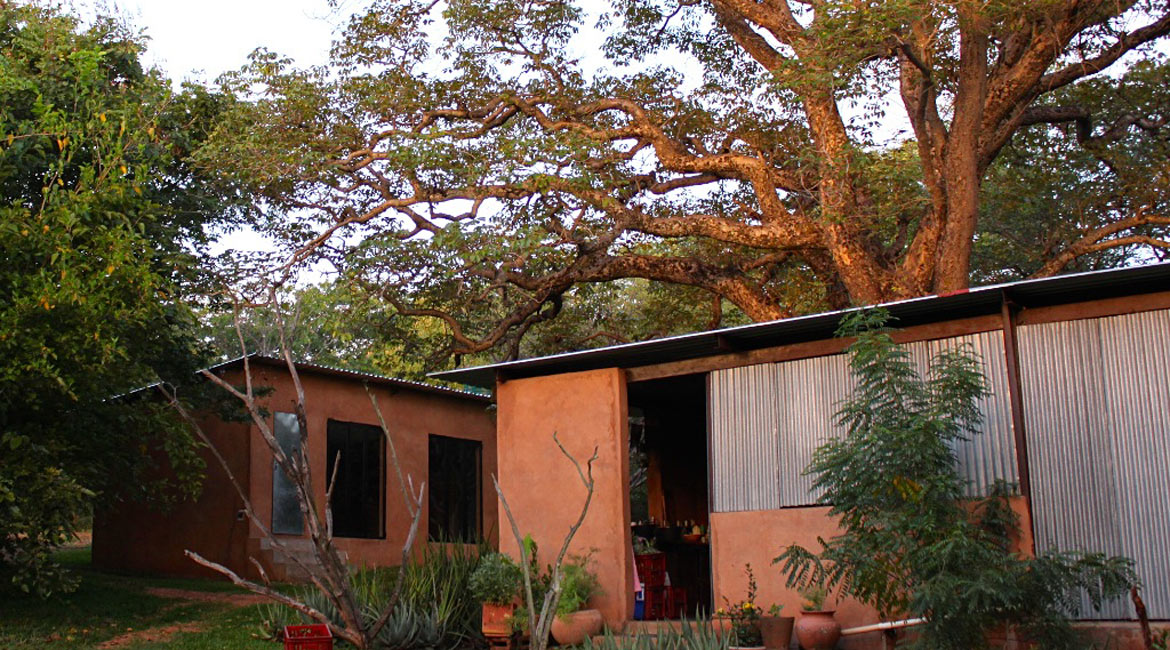 The sun, it seems, is rising with reluctance. Dawn, as if taking a cue from the sun, is appearing later and later, and so is her chorus. Our little world is in quiet retreat, now that the rains have left and the air has cooled. The Paradise Flycatchers, such a decorative adornment among our teak trees most of the year, have migrated. The Mongongo tree above us, almost groaning with relief, is losing its leaves and dumping its nuts onto our tin roof.

The animals have stopped following the shade during the day; instead they now luxuriate in the sun. As do I. Sometimes, as the sun rises above our filter pool between the house and my office, I turn and stare straight at it. I lower my eyelids and let its light turn their insides carmine red. I stay like that for minutes at a time, allowing for an infusion of Vitamin D before starting my day.

Summer’s sky — once so heavy with water retention, and at times so violent — has withdrawn to make way for horizons undimmed; horizons that seem to reach beyond into a faraway world. Even the Zambezi River awakes under a blanket of mystery these days. Who knows what happens under that veil of mist that is so slow to lift each winter morning? What is the River God Nyami Nyami doing in those dark depths?

Imagine being braced by this air while hacking through our valley on the back of a horse. My spirit soars. If my feet weren’t in stirrups I’d be flying instead. A kind neighbor has asked me to help exercise her horses, so I’m riding again. Tearing up shirts and jodphurs in the grasp of ‘wait-a-bit’ acacia trees while looking for elephant and buffalo around her property on the river; trotting and cantering around center pivots with a mutual friend next door; wandering beneath the canopy of teak woodlands identifying trees and birds here on our beautiful farm.

We start our evening walks nearly an hour earlier now. In the summer it’s too hot to head out before the sun starts setting. Around 5pm we hurry out with the dogs so as to bear witness to the sun’s daily eulogy, splashed across a massive sky in colors so transcendent, before burying itself behind our vegetable garden when we return to the house at nightfall.

The night noises have stopped — the frogs have moved on — and even our roosting birds seem unsure of themselves. The other night, while our garden was illuminated by a bright full moon, I was awoken by a Cape Turtle dove telling us to “Drink lager! Drink lager!” His clock was all muddled; he’d usually advise us at sundowner time. I fell back to sleep thinking that the dove must be out having a slumber party.

But it’s my garden that really delights in this time of year. Seeds can germinate without being battered by downpours, or eaten by critters that the rains bring to life. Instead, supported by pollinators flocking to the native trees overhead, and by river water spray-misted over each bed, it explodes into a colorful tangle of flowers and food. As we learn more with every season we’re being shown by each plant where they are happiest. Now, I don’t remove a courgette vine if it’s decided to take root in a composted bed full of peas. One grows up, the other crawls along the ground. They are fine. They know their way around Eden.