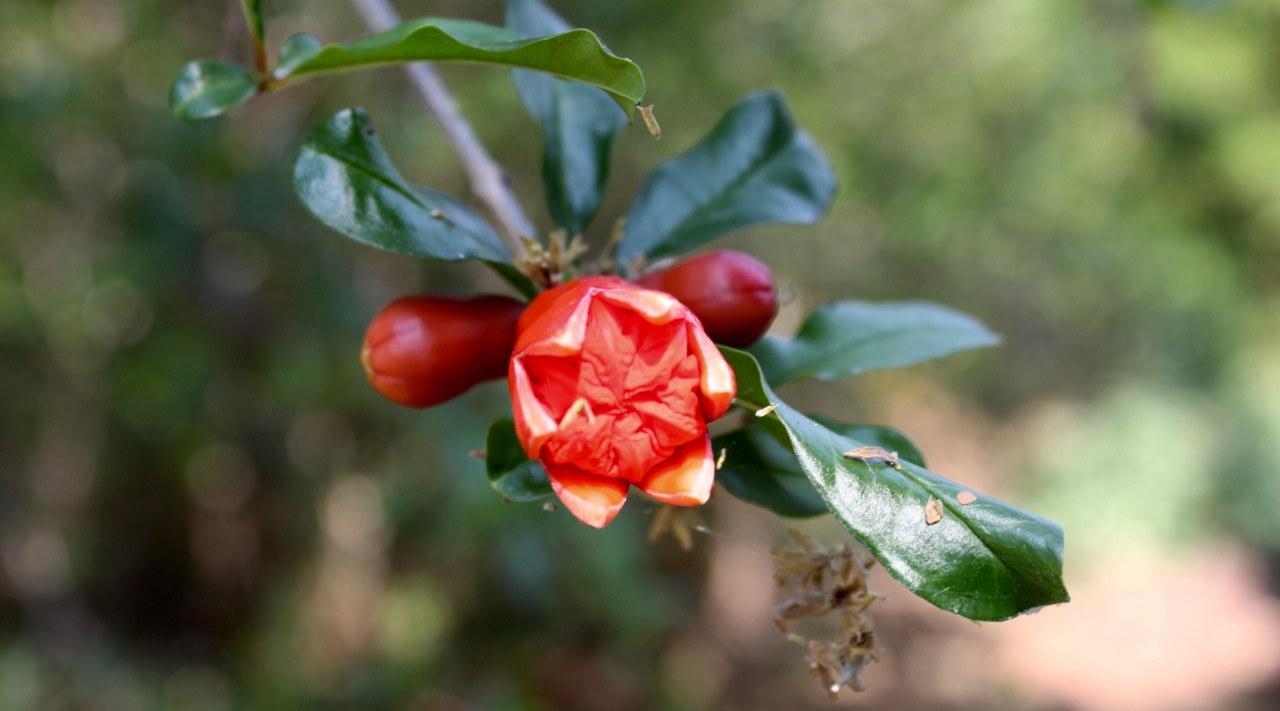 Our pomegranate trees are weighed heavy with flowers and baby fruits right now. This affecting sight reminded me of the following blogpost I wrote four years ago, more or less at the same time of year. For the record: pomegranate molasses is a staple among our preserves! 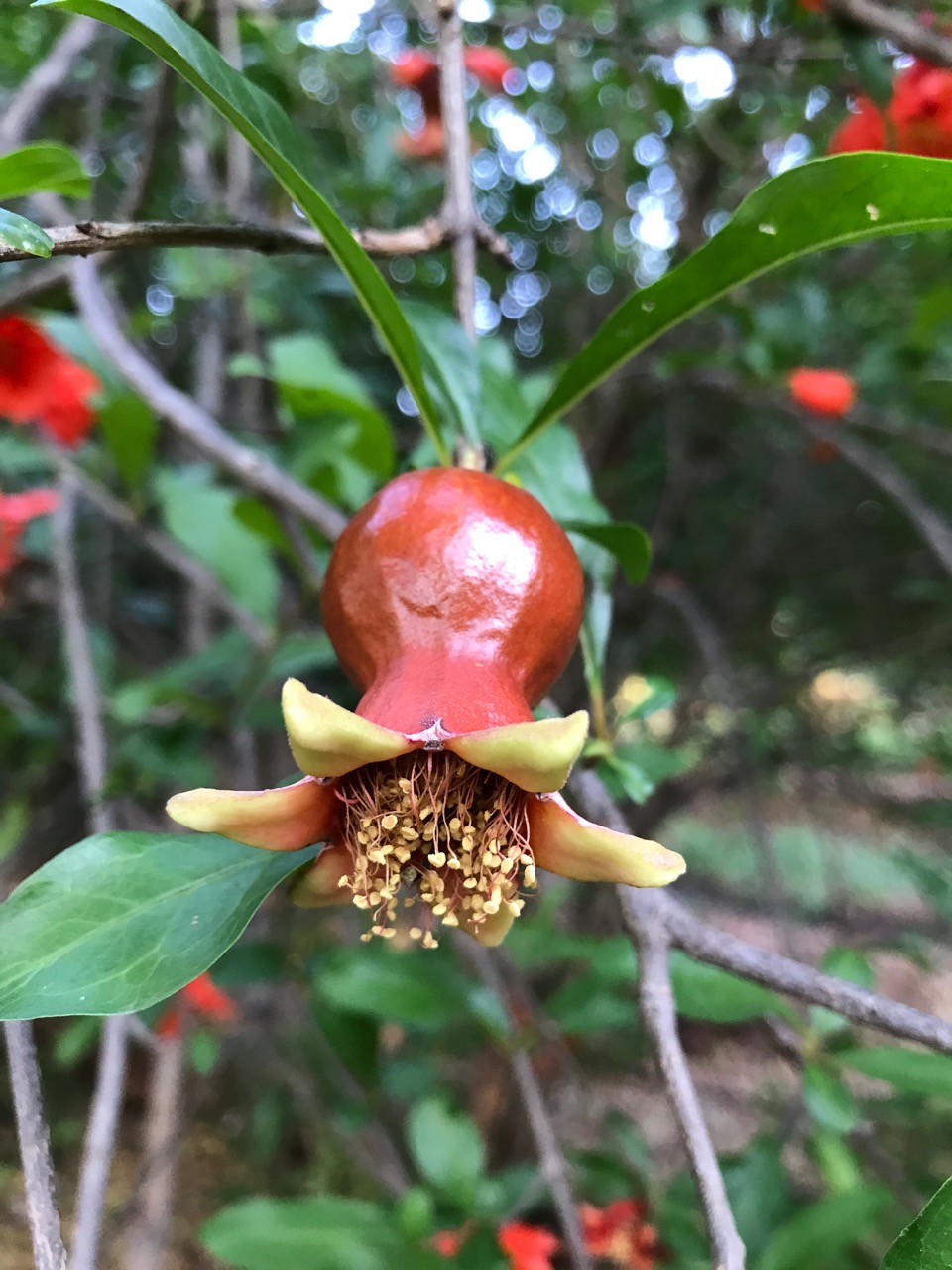 Hardly anything fills me more with wonder than witnessing our pomegranate trees change out of winter’s monastic habit into summer’s flamboyant Versace. The metamorphosis is fast and its dramatic. Watching the growing numbers of pomegranate flowers forming on our trees reassured me that it was okay to use up our three remaining bags of frozen arils we put away earlier in the year. To my mind, pomegranate arils are precious! Maybe it’s because I lived abroad for so long, where pomegranates cost a bomb. Maybe it’s because I’ve become so frugal. I don’t know, but it was a rash move for me today when I decided to turn all three bags into pomegranate molasses. 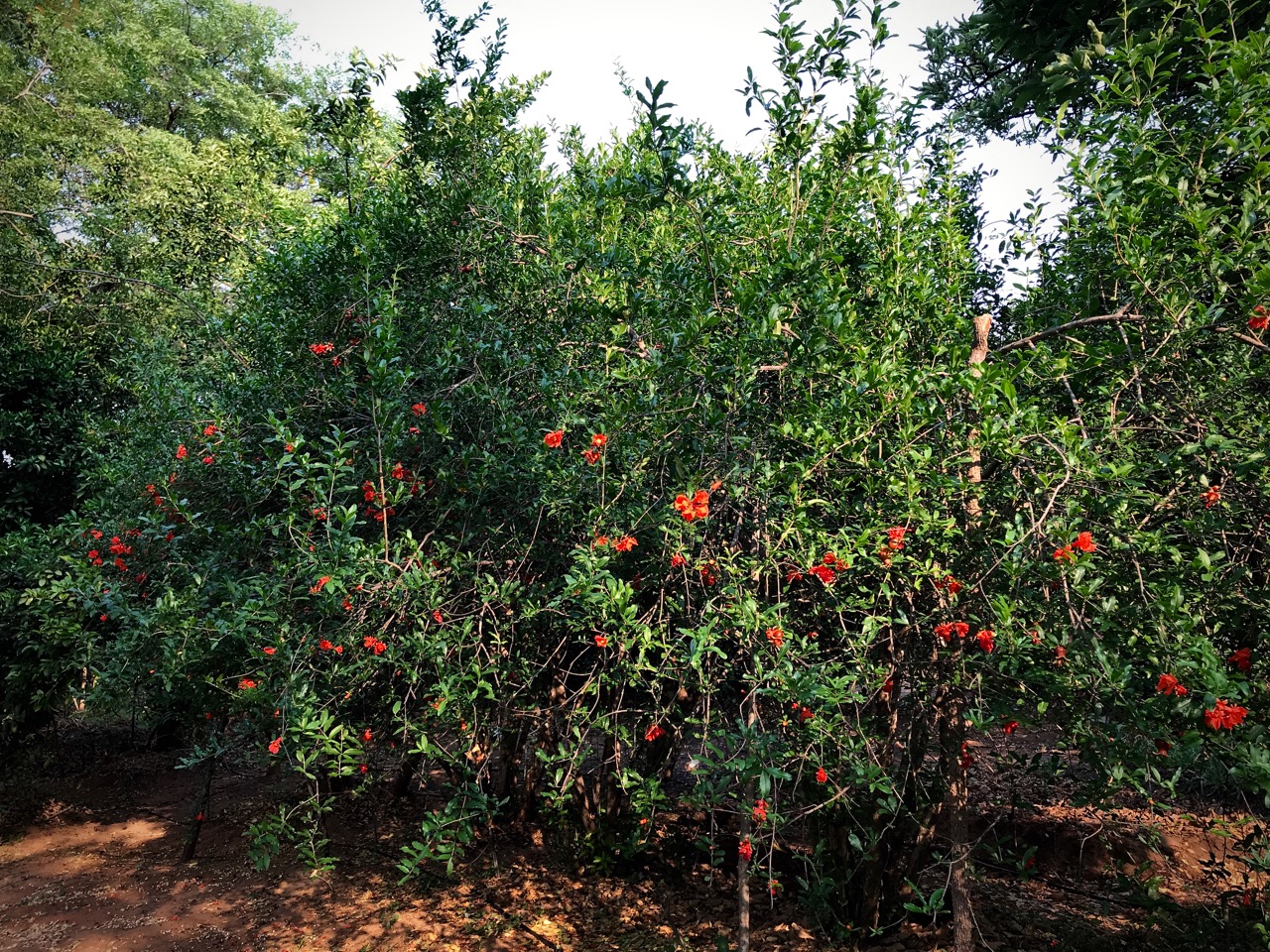 I started making pomegranate molasses earlier this year, inspired by Israeli chef Yotam Ottolenghi and his masterful sensibility surrounding flavours. It’s similar to a balsamic glaze only much more intense and sharp. It’s used in a similar way, too: in a salad dressing, as a marinade or glaze, in slow food, as a syrup on other fresh fruit, or ice cream. I imagine a drop of it would also be tasty in a glass of champagne, or in a cocktail. 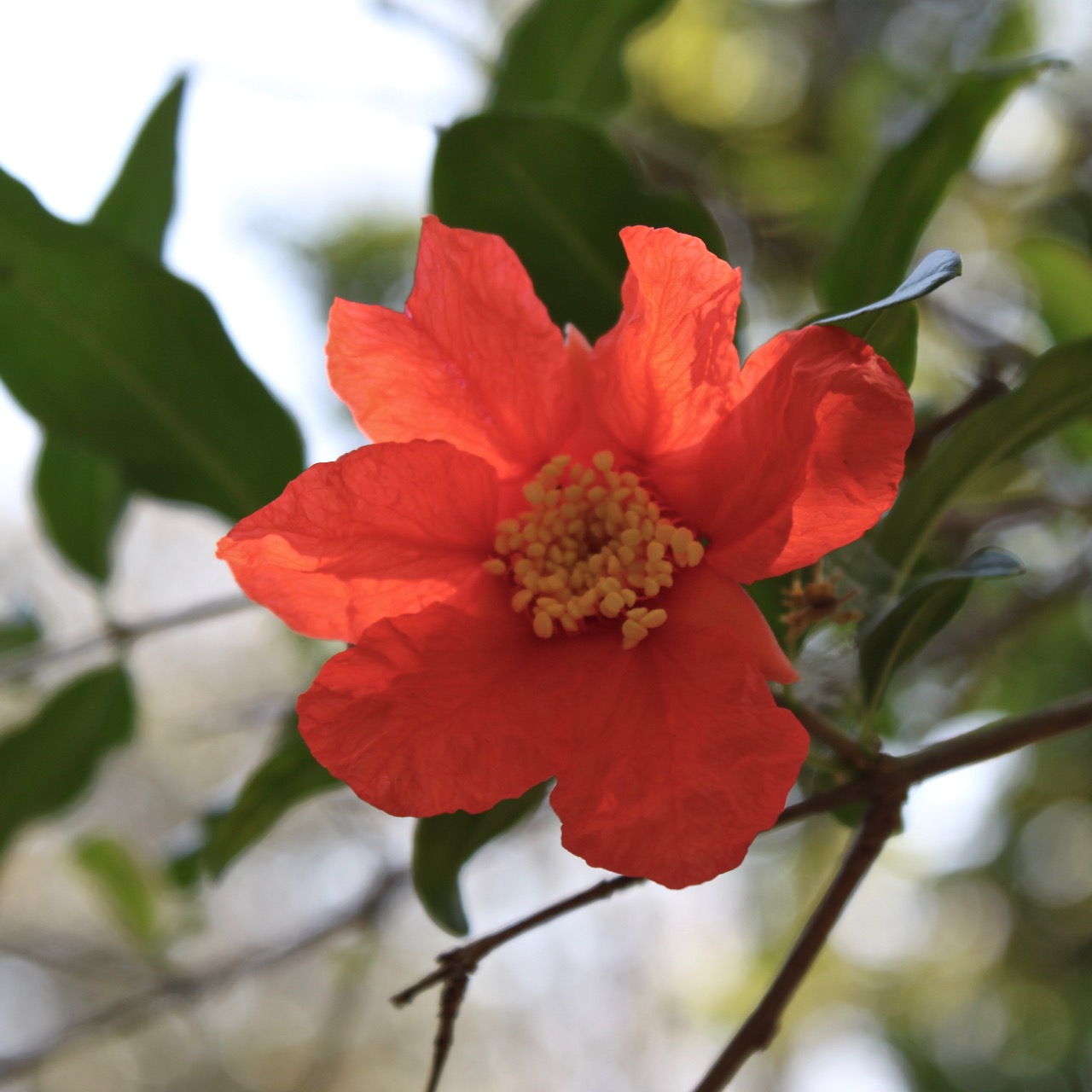 The best thing is that you don’t have to be Ottolenghi to make this. It’s a cinch. How sweet you want the molasses, or for how long you are prepared to stand at the stove stirring, will determine whether you want to add sugar or lemon juice to it. I do, because it’s too hot in this climate to be standing over a steaming pot stirring for hours. Sugar and lemon juice help the setting process. On its own I imagine the molasses would be very, very intense. As it is, the way I make it using both sugar and lemon, it’s pretty damned potent!

Remember, you only need to use a little molasses in whatever you are preparing, so it should last in the fridge for quite some time. 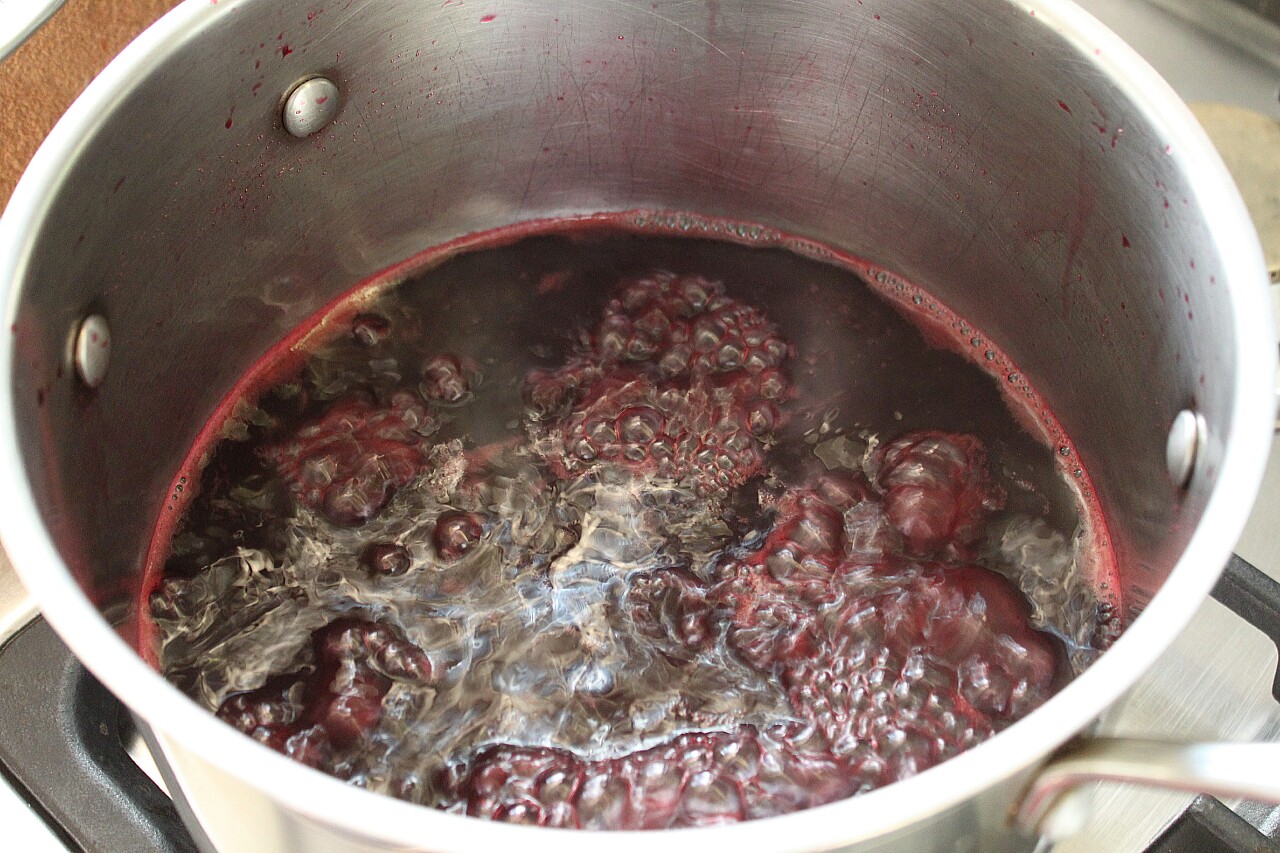 1. Bring all the ingredients to the boil in a heavy-based saucepan, stirring regularly to make sure the sugar is completely dissolved.

2. Turn down the heat and simmer the juice mixture until it has reduced to a syrup consistency–it should lightly coat your stirring spoon, about 1 hour (the timing is dependent on quantities). 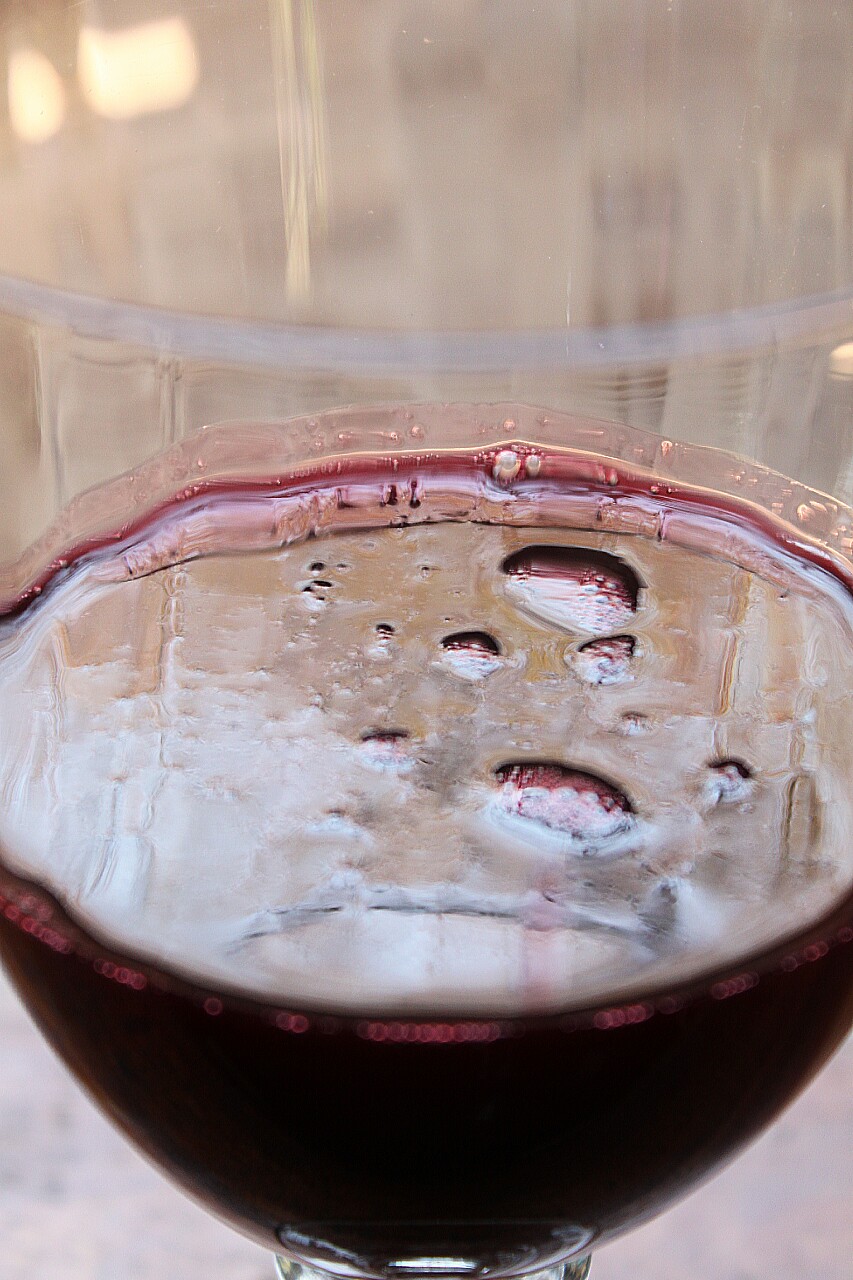