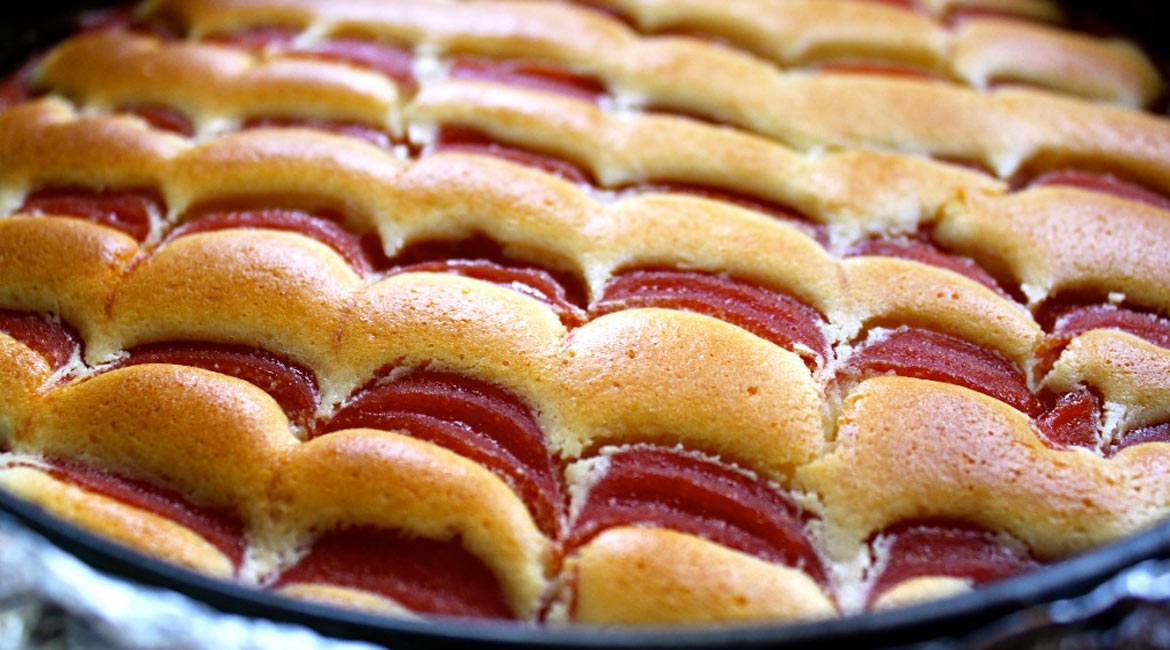 Gluts of fresh food, either straight from the tree or from the mountain in the freezer, are always inspirational when it comes to planning a meal for entertaining. On this occasion, for a Sunday lunch with neighbors, I wanted to use up some of our guavas in a dessert. We have bags of them in the freezer, which so far I have used for jelly and cordial. Sometimes we also eat them stewed for breakfast, drenched in cream.

As so often happens here, my choice of dessert is also influenced by the ingredients I have available to me at the time. Having recently traveled up to the capital, Lusaka, I had cream cheese and Greek yogurt in my fridge — hoorah! — therefore a cheesecake was a no-brainer. I thought up this gluten-free guava cheesecake after reading about a similar dessert in The Noshery.

Guavas aren’t native to southern Africa, although they grow and produce like they own the place. They are so abundant in their fruit that at times, before my arrival, Chris was tempted to uproot the lot. The birds are addicted to guavas and, as he discovered, so are many pests. But I’ve persuaded him to leave them be for now, not only to satisfy our feathered friends, but also to satisfy me. I’m addicted, too.

I’ve read that guavas were the favorite food of the Incas and the Aztecs in central and south America, which is where the tree is indigenous. And records in the United States show that Seminole Indians were growing guavas in northern Florida in 1816. It is from the New World that guava trees were transported to Europe, and the Portuguese were responsible for eventually introducing them to southern Africa. They came via Mozambique, a former Portuguese colony, and the Western Cape via Madeira during the late 19th century.

Chris’s trees, here in the Zambezi Valley, are the fecund descendants of those intrepid travelers.