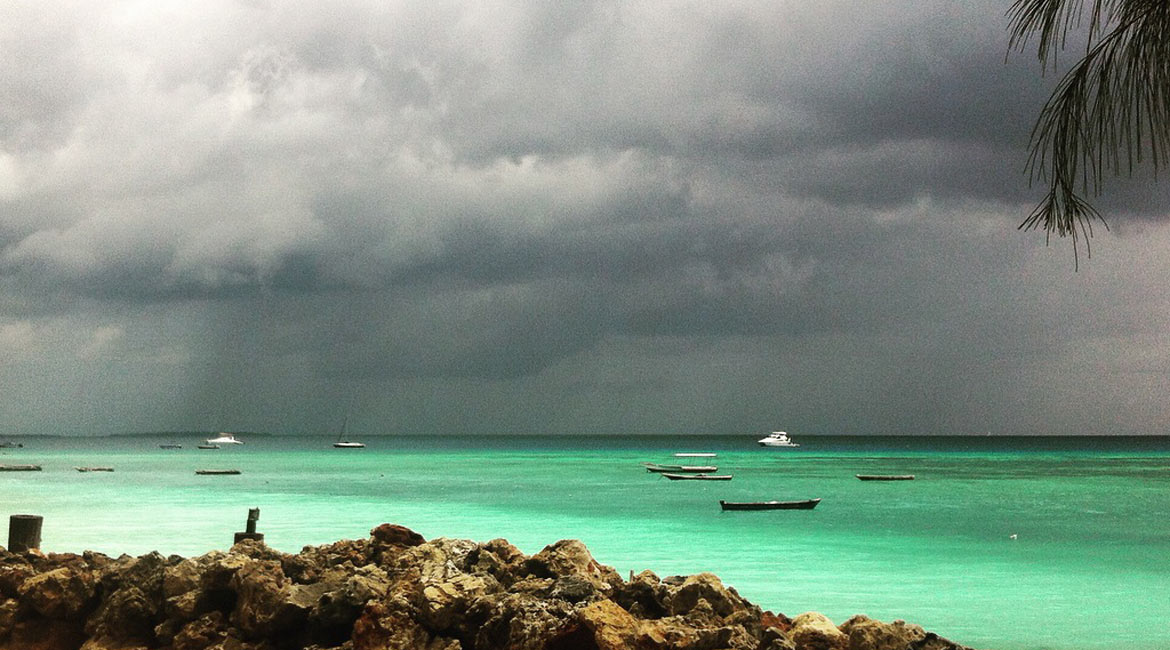 There is an Arabic proverb that says, “If you play the flute in Zanzibar all Africa dances …” Its derivation hails from a period when, nearly 200 years ago, the islands were colonized by an Omani sultan after he moved his capital from Muscat and transformed them into a prosperous kingdom. Like a character out of The Thousand and One Nights, Sultan Seyyid sent Arab caravans deep into the African interior where they traded with ivory hunters and indigenous slave traders. While the sultan developed and cultivated massive clove plantations inland, becoming the world’s largest producer, his powerful navy protected the islands’ coastline.

Sultan Seyyid led Zanzibar into its Golden Age, and it is remnants of these influences grafted onto its African roots, lapped by the jeweled Indian Ocean, that makes these islands such an enchanting place to visit.

It’s a place of paradox. People love it or hate it. Such is the romance associated with Zanzibar — just its name is imbued with spice and fragrant ocean winds — some visitors aren’t up for a collision with the chaos of its disintegrating infrastructure, the littered streets and smelly alleyways, the poverty of its burgeoning population. The touts on the beach. The haphazard development along the coastline in the northern town of Nungwi. And for me, the worst indictment of all: the disappointment in the cuisine of these so-called Spice Islands. “There’s just no excuse,” some said to us. “Not when you have access to such an array of fresh fish and all those spices.”

The food we ate was both sublime and ordinary. An example of the sublime was a light lunch made out of local ingredients which we ate at the Emerson Spice Hotel in Stone Town. I ordered spiced fish cakes served with a sour sauce made out of baobab fruit (think tamarind), while Chris had smokey baba ganoush served with peppered bananas. The simple authenticity of both dishes, washed down with a wild hibiscus drink and East African beer, blew us away. The [very] ordinary, in contrast, was at our Nungwi hotel, where time and again something as simple as grilled fresh catch of the day was destroyed by carelessness.

Chris was reluctant to go on one of Zanzibar’s renowned spice tours until a friend wrote and told us, while we were there, not to miss it. On his previous visit Chris had been led to believe the spice tour was a poor shadow of what it once would have been, but our friend was right: it was a highlight of the trip.

It’s a naturalist’s tour more than just a spice tour. The variety of plants was impressive, while our guide, Diablo, was informative and engaging. We both learned so much. I never knew that peppercorns, for instance, started out green, turned yellow, and when completely mature, turned red. They only turned black after they had been dried in the sun. Then there was the lipstick plant, or annatto, where beneath the fruit’s soft spiny skin lies lots of bright coral heart-shaped seeds that are used to color or flavor food.

The farm we visited was more like a jungle garden, where vanilla and pepper plants climbed up trunks of trees; where lemon grass, ginger, and turmeric thrived under canopies of coconut, papaya, jack fruit, and Indian almond. Everything was organic. The plants’ disordered interdependence — where they find their own way, and their own piece of earth in which to thrive — reminded me of my own vegetable garden here in Livingstone.

Diablo told us that in Zanzibar the clove is regarded as “the king of spice,” while cinnamon was known as “the queen of spice” for being such a good doer. One can use all of it: the bark (the spice), the leaves (essential oil), the roots (a Vix-like chest rub). So much of what is grown on Zanzibar’s spice farms is used as both an edible and for medicinal or cosmetic reasons.

Then there’s the coconut. The fruit is a staple, the leaves an adornment, the tree itself a part of the family. Literally. Every single coconut tree belongs to someone in Zanzibar. When we asked what happened to a person caught stealing a coconut from someone else’s tree, we were told “we beat him.” Corporal punishment by the people for the people, as it is if you’re caught stealing someone else’s bananas. (That said, if a coconut lands on the ground it’s a free-for-all.)

On the spice tour we watched a Zanzibarian climb the tallest of coconut trees. It’s not a job for those who suffer from vertigo. After wrapping twine in what-looked-like a figure-of-eight around his feet, he encircled the trunk with his arms, and slowly made his way up the tree in caterpillar movements. When halfway up he stopped. He took a deep breath and began to sing the most mournful of Swahili songs in a voice that must have made his mother proud.

Our trip to Zanzibar was a spur-of-the-moment decision to honor the small space between the end of one farming season and the start of the next. We made no plans other than to reserve a place to sleep as near to a beach as possible. A couple of days before leaving, however, a friend suggested we visit The Rock, a restaurant perched in the middle of the Indian Ocean on the east coast of Zanzibar. She’d heard great things, so I booked it.

The Rock wasn’t cheap, therefore we elevated our reservation to being our “one big treat.” Specializing in Italian cuisine, The Rock was filled to the gills with guests, mainly couples like us, all there for the same reason: to partake in a meal in a place you imagined only existed in fairytales. The food, unlike the location, was not beyond the imagination. This time it was the sublime and the ordinary wrapped into one: the location sublime, the food ordinary.

On our last morning we rose at dawn so I could photograph the fishing dhows returning to Ras Nungwi. Set beneath an old Portuguese lighthouse, the rising sun searing gold through its windows, the scene resembled the coming to life of a Turner painting.

I was also interested to see what the fishermen caught and observe them selling their fish at the market thereafter. Except there weren’t many fish. One to be precise: a small bonito lying alone on a large concrete slab being eyed by a couple of early-rising, disappointed cooks. The only other food on sale was sweet potatoes, laid out in neat rows on the beach, I assume as a recommended complement to fresh fish (when it’s available). The weather was to blame, we were told, a familiar lament to us. It’s the go-to excuse we farmers use when production goes awry. It’s always the weather’s fault.

Zanzibar, Zanzibar … exotic, sultry, unpredictable Zanzibar. Love it or hate it? We loved it.