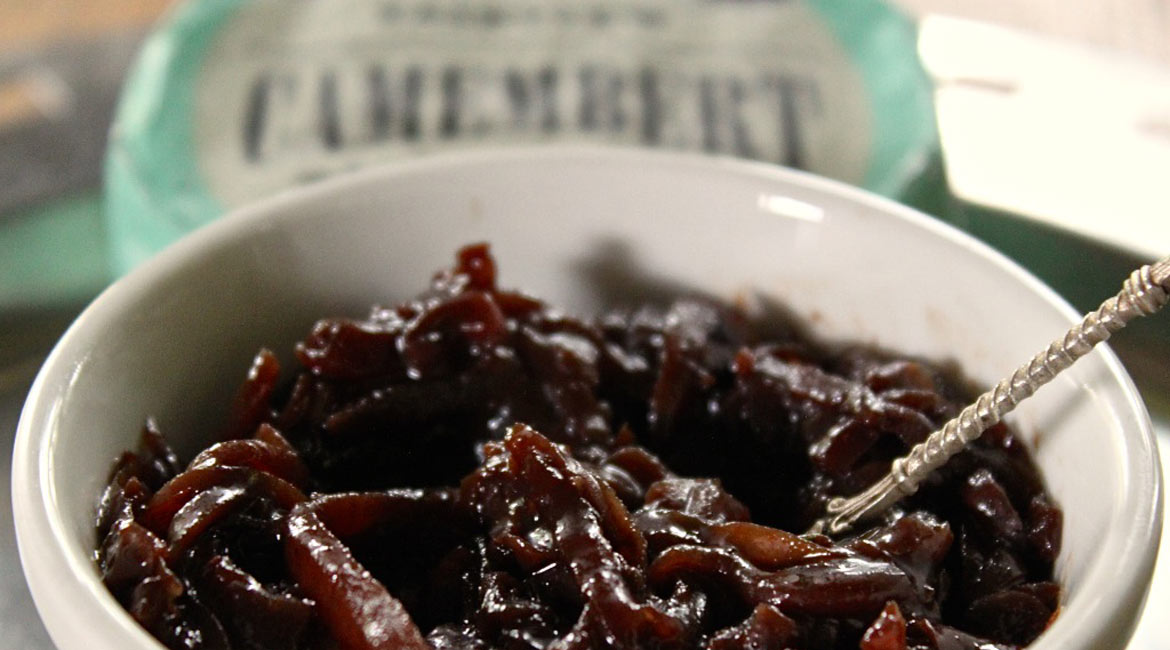 When I was young my mother used to sing a song to my brothers and me called, “I’m a Lonely Little Petunia in an Onion Patch. …” Even though I could never remember all the words, I’ve never forgotten the chorus. When I find myself among the onions in our vegetable garden, or in the kitchen crying my eyes out, this song somehow stumbles out of my brain on to my vocal chords, setting them off. Over and over. Like a stuck record.

I found a copy of the song on YouTube that I have shared with you at the end of this post. I add a disclaimer now: play it at your own risk! Once it’s in your head, it’s there for a lifetime.

There is hardly a day that goes by when I don’t use an onion in my food. From the pungent taste of a raw spring onion in a green salad, to the sweet, gooey, caramelized red onions in marmalade (see the recipe below), it’s an easy-to-grow workhorse I would never be without.

Chris wasn’t sure I should grow onions after I first suggested it. He thought they were so accessible and cheap to buy in Livingstone, that they took up such a lot of space in the garden, it wouldn’t be worth it. I disagreed, ordered some seed on the sly, planted them everywhere, and we harvested a crop that surpassed even my expectations.

Onions are not only a workhorse in the kitchen, they are a terrific companion plant in the vegetable garden, too. We planted them together with the brassicas, beetroot, tomatoes and peppers, and harvested a substantial crop from each at the end of last winter. The onions stayed in the ground for longer, allowing us to replace our winter vegetables with new summer plantings, which have also benefited.

Onions not only repel bad bugs with their strong smell, their roots, or bulbs, grow at different depths to other vegetables, making them a “physical” companion for, say, carrots and lettuce. I plan on planting them side by side with our lettuce seedlings as soon as the rain has abated.

To date, we’ve grown red onions, Australian brown onions, shallots, and spring onions. All of them have thrived in their first year here. We will start to sow again in February, the month which normally sees in the beginning of the end of the wet season.

I found out recently that chamomile, the herb out of which one makes a sleep-inducing tea, improves the flavor of onions when planted as a companion. I never knew this, and quite by chance, remembered we’d planted them together last season. No wonder our onions tasted so good!

We nearly always have a jar of onion marmalade on hand. We eat gobs of it on chicken liver pâté, grilled meats, and whatever cheese we happen to have in the fridge. Sarah Raven, whose Garden Cookbook I turn to often, led me to the best onion marmalade recipe I’ve ever eaten. She also recommends it alongside the potato salad I adapted from her recipe a few months ago.