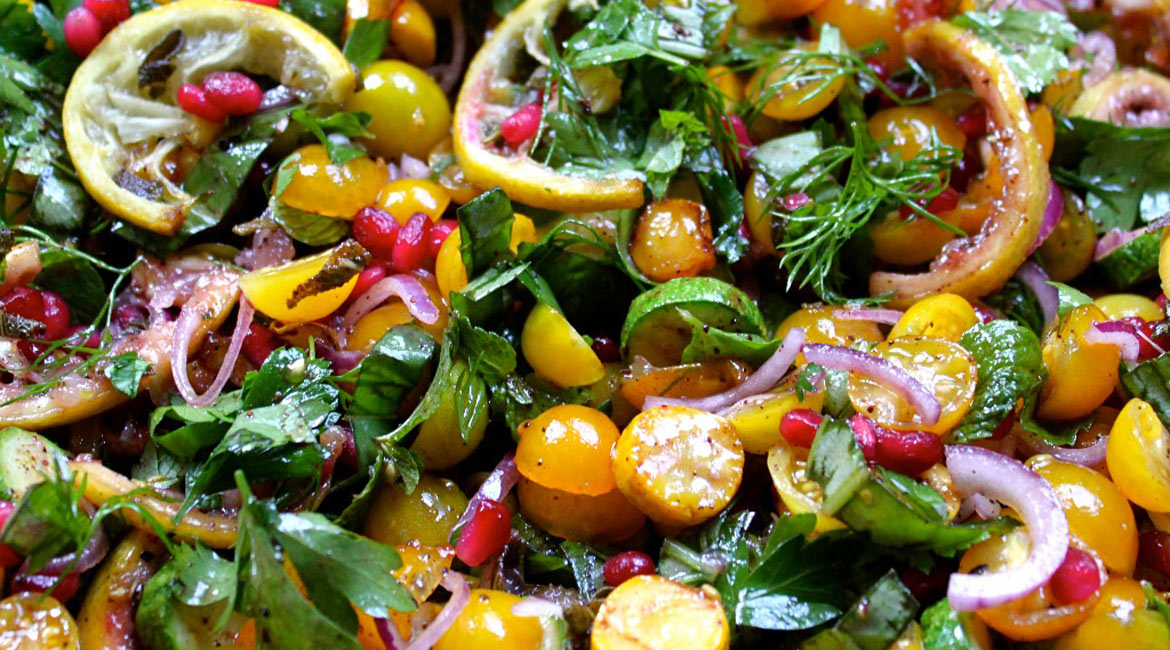 I’ve been busy opening a new food production and services company called SavannaBel – Bush Gourmet here in Livingstone, and my first customer happens to be The Elephant Café. 🙂 In celebration of this milestone, I am reposting a short piece I wrote a couple of years ago on how the seasonal garden produce and wild food inspire my recipe development. There will be much more of this sort of thing in the months ahead, which I look forward to sharing with you!

Yotam Ottolenghi‘s recipes, rooted in his Middle Eastern upbringing, have made me much bolder in the kitchen. As an originator of such unexpected yet sublime combinations of flavor, color and texture, I see him as the mythical shapeshifter of all that I harvest from my garden (and deep freeze, for that matter). When I head outside to pick my way through an entanglement of edibles to inspire a dish, it’s Ottolenghi I invariably channel … in mind, tastebuds, and spirit.

For a recent Sunday lunch it was no different: I needed to pull together some salads to complement a lamb tagine made with apricots and preserved lemon, which I was serving with an edible flower couscous. It was Ottolenghi territory, and the following is what I found in the garden to work with: Lima beans, watercress, haricots verts, yellow cherry tomatoes, green and yellow courgettes, chillies, lemons, spring onions, and lots of fresh herbs. In addition I had stored red onions, bags of pomegranate seeds in the freezer, and a batch of muchingachinga syrup I’d just made.

The following salads were the result: