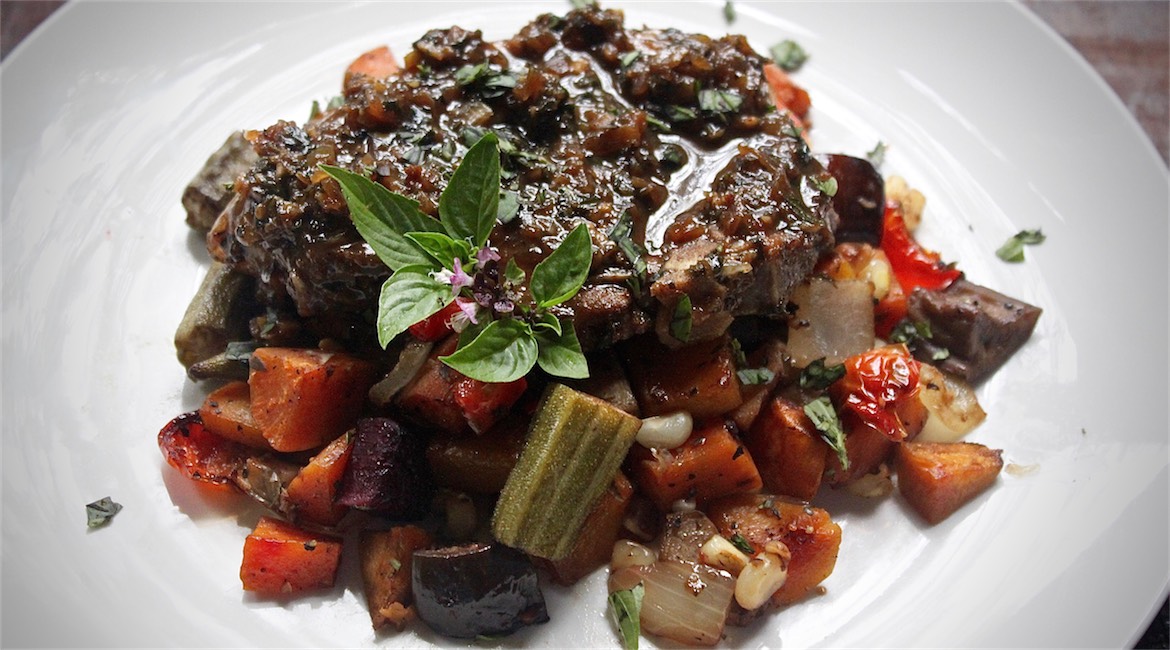 Our guava season has ended, and what a season it was. For the first time ever, hardly a guava was stung by pests and we had more fruit than we knew what to do with. We’ve frozen bagfuls, and turned a terrific amount into jelly and syrup. For my guava jelly recipe click here, bearing in mind that if its syrup you’re after, cook the fruit for less time.

Guavas are another so-called “super fruit,” primarily because of their overabundance of vitamin C and fiber. It’s a recommended fruit for those following a low-glycemic load diet, like me, because its fructose is mitigated by the large amounts of fiber.

Here we eat guavas like apples because the skin is filled with goodness and nearly as tasty as the flesh. Fresh, guavas can always be found in our fruit salads, and once turned into jelly, are a great compliment to cheese, lamb and pork. Knowing this, I developed the recipe below confident that a syrup I’d made would meld well with Asian flavors like soya sauce, ginger, garlic and Thai basil. I wanted to develop this recipe using pork belly, but it’s been unavailable in Livingstone for awhile. Instead, I used locally-produced pork chops, and the combination of flavors, alongside a colorful array of homegrown roasted vegetables, worked perfectly.

Notes: If you can’t find fresh guavas, canned will be a good substitute. Otherwise the juice of another tropical fruit like pineapple, or a wild hibiscus syrup, would work well with this recipe.