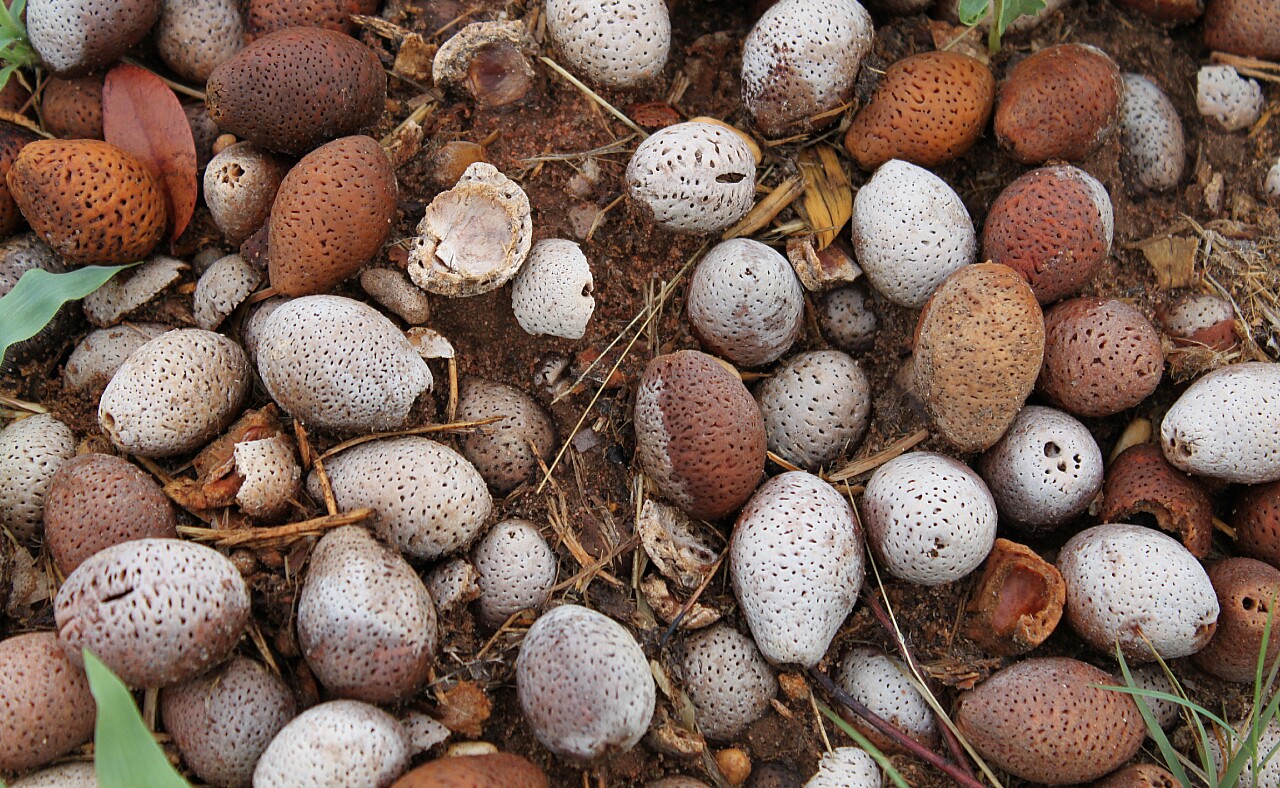 Last year, when taking the dogs for a walk through the woodland beyond our house, we came across a huge pile of nuts scattered atop decaying elephant poo. Chris went on to tell me how, for the native Zambians at least, this was the most efficient way to forage for the much-prized Mongongo nut. I responded with a tart rejoinder until it dawned on me that it was, in fact, a genius way of gathering. You see, an elephant craves the sweet fruit in the outer layer of the Mongongo but it can’t digest the hard nut inside, thus when the time comes, it goes on to dump one almighty load of stripped nuts.

That we have our own massive Mongongo tree in the  middle of our house means I don’t often have to go fiddling around in elephant poo. Thankfully. In May each year the tree rains literally hundreds of nuts down on to our roof and floor. They are a highly nutritious annual gift from nature, meaning there was no excuse NOT to find a way to crack open this tough nut in order to start experimenting in the kitchen. (Small recompense for roof-rattled nerves.)

My Zambian assistant, Adelina Banda, suggested we talk to a woman she knew called Ruth Mongongo–yes, that’s her real name–for she and her sister were highly regarded as expert nut crackers. Ruth’s family has lived in a village on the Zambezi River, not far from our farm, for generations. Using a flat rock, worn down by years of cracking nuts with a heavy round stone, Ruth learnt the singular, hazardous skill from her mother … who learnt from her mother, who learnt from her mother, ad continuum.

We roasted the nuts in the oven to help remove yet-another cover: a tough black skin which comes off with the help of a sharp knife. During this process, I found out that the Mongongo kernel, which is shaped like a hazelnut, but soft and creamy like a macadamia, breaks up easily. They must be handled carefully if you want them to remain whole. (It’s taste is distinctive: a cross between a Brazil nut and a cashew.)

Notes: It won’t be easy to find Mongongo nuts outside southern Africa, but I found that any combination of a soft and flavorful nut interspersed with a hard one, like hazelnuts or almonds, works well in this recipe.