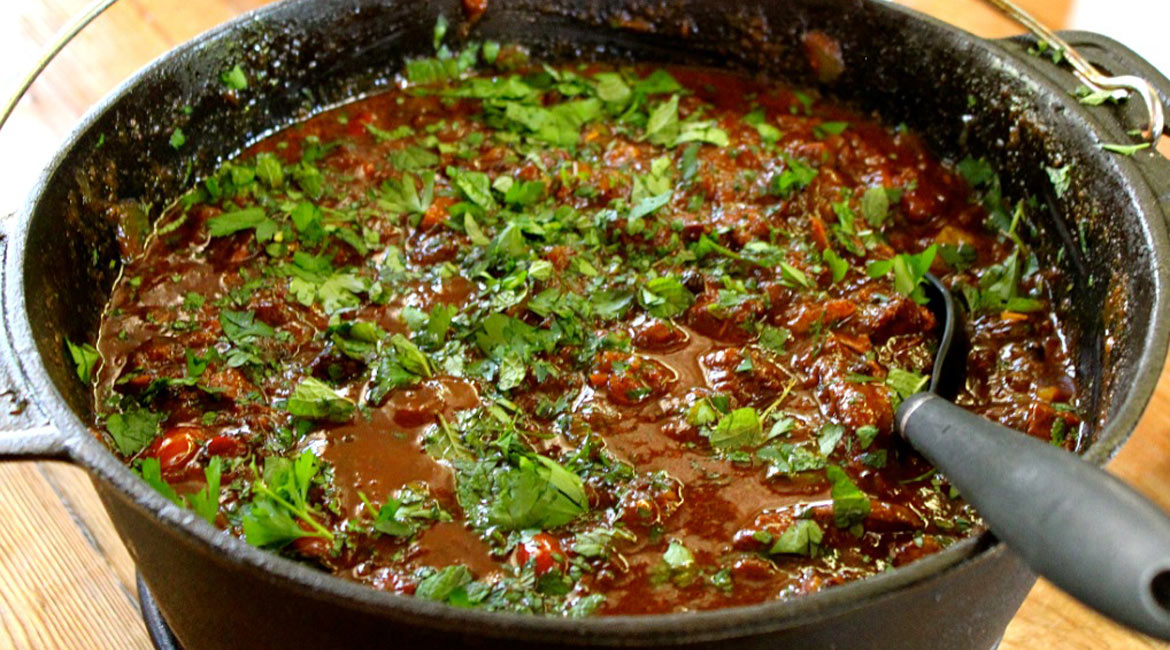 Here in Livingstone we seldom have really cold days in our short winter. Early mornings are chilly, especially on our slab under the Mongongo tree where there are no doors and few windows. After the sun has set, however, it’s a different story: a hot drink, a scalding bath, and an electric blanket turned up high to warm the bed — usually in that order — is how we deal with the drastic drop in temperature at night.

A tagine is terrific comfort food in the cooler weather. And as Nigel Slater said about his recipe I worked with below, “Meat, spices and apricots probably work better together than any combination since roast pork and apple sauce.” I have to agree with him.

I served this lamb tagine for lunch on a recent balmy Sunday and paired it with an edible flower couscous, inspired by another of my favorite British chefs, Sarah Raven. It was a pairing that surpassed even my expectations, which was complemented by a selection of salads fresh from the garden, and my homemade Ciabatta bread.