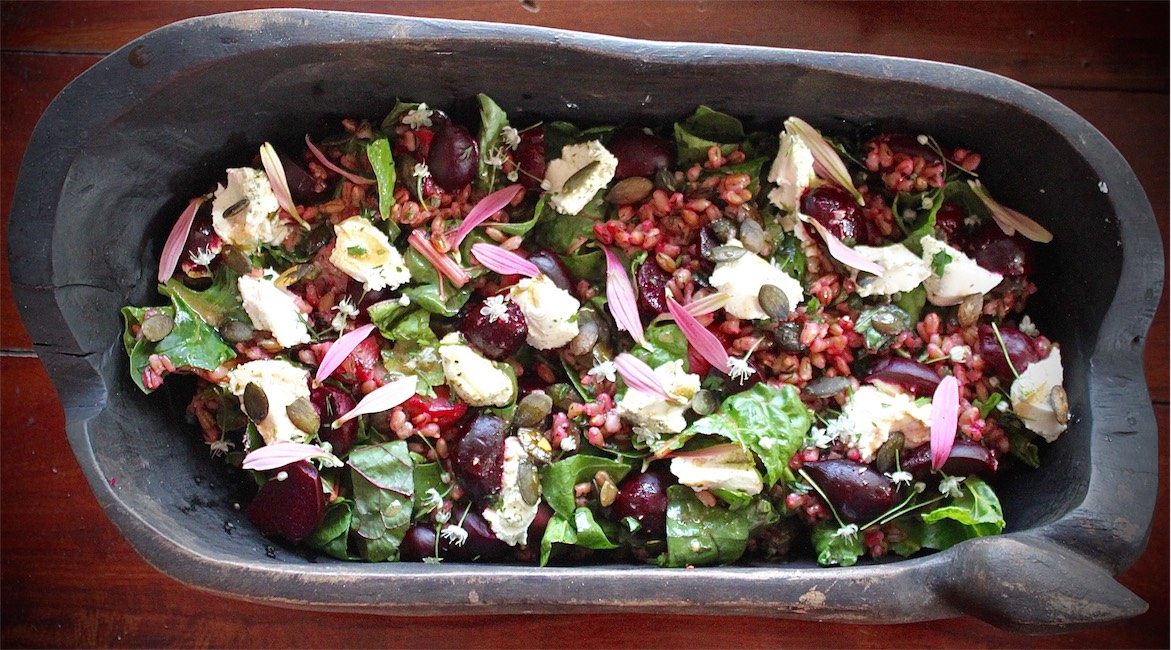 Once upon a time only the leaves on a beet plant were eaten. When the vegetable hung in the Gardens of Babylon; when it was sought after by the Ancient Romans and Greeks as an aphrodisiac, it was the red-veined leaves they all wanted. Everyone, bar the occasional apothecary, cared less about the taproots. Imagine that? The earthy, wine-colored ball of savoriness — believed to have been consumed by the Goddess of Love, Aphrodite, to increase her appeal — was ignored and left to rot, buried underground, for thousands of years.

It turns out the myth about Aphrodite’s consumption of beetroot has a basis in reality. According to PBS’s history of beets, they are “a natural source of tryptophan and betaine, both substances that promote a feeling of well-being. They also contain high amounts of boron, a trace mineral which increases the level of sex hormones in the human body.” This then explains the Ancient Romans and Greeks.

Beetroot was only served as food sometime during the 1500s, and another two hundred years would pass before it became popular. It came as no big surprise to learn that the northeastern Europeans were the first to embrace beetroot (think borscht), mainly because it proved such a winner in the root cellar through the freezing winter.

It’s only in relatively recent times that the health benefits of beetroot have been brought to our attention. Even had I known about those benefits at boarding school, where beetroot was so badly abused it was inedible, I would have still included it in my make-belief list of foods to which I was allergic. I didn’t know then what I do know now: that roasted or boiled young beetroot — sweet, earthy, antioxidant-packed beetroot — are so damned good and so damned healthy they should be mandatory on every school menu (abusive cooks aside)!

We are into our hottest month of the year here in Livingstone. When I lived in neighboring Zimbabwe, October was referred to as “suicide month” because of the intense heat that built up before the onset of the summer rains. I compare the temperature of where I lived then to where I live now — the Zimbabwean northern highlands versus Zambia’s Zambezi Valley — and I can’t help but laugh: if it’s suicide month over there, it’s as if the door to hell’s furnace has popped open down here.

So far, beets have grown well in our mostly boiling temperatures, which must seem counterintuitive to those in the northern hemisphere who regard them as a spring or fall vegetable. Over the past few days we’ve reaped a small crop, and it is around these baby beetroot that I developed the salad recipe below. 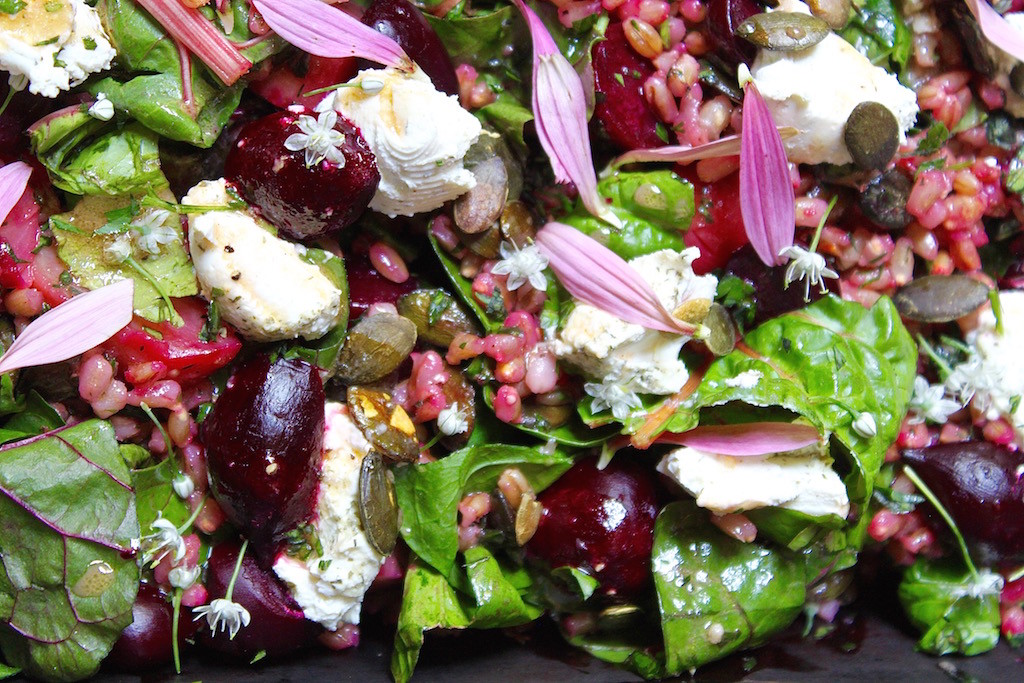