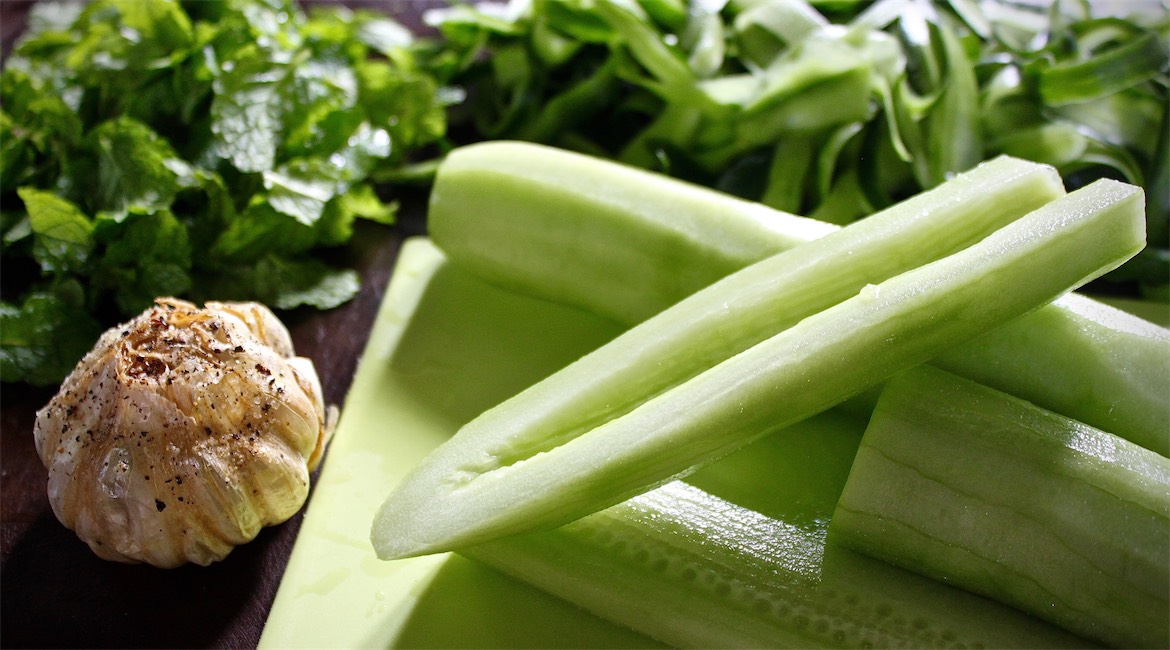 Mint and cucumber is a combination that, I recently found out, is as effective in the spa as it is in the kitchen. If you’re wanting a flat tummy or to detox, a face mask or to cure acne, it is to mint and cucumber that you apparently turn. I’ve never tried it as a beauty treatment, but I have used it to great effect in the kitchen.

Thinly sliced seasoned cucumber and finely chopped mint atop a slathering of farm butter on homemade ciabatta makes one of my favorite sandwiches, while the Indian mint and cucumber raita and southeast Asian mint and cucumber pickles are condiments I’ve often made following a glut. I’ve heard the combination makes a terrific sorbet, and you can’t leave either ingredient out of a Pimms, but none of these quite do it for me like a very cold mint and cucumber soup.

I’ve been making Sarah Raven’s Mint & Cucumber Soup for years. It’s easy and moreish, and ideal for lunch served with a salad and fresh bread here in the hot Zambezi Valley. In my estimation, the soup also improves when left for a couple of days in the fridge. That said, the one key ingredient I’ve not mentioned yet — the one that binds together everything else in this recipe — is a whole head of roasted garlic. It’s sweet, smoky taste elevates this soup to a richer, more sophisticated flavor.

Notes: This soup freezes well but be sure to only roast the garlic when you are ready to eat it. Put a metal bowl in the freezer before starting the recipe to speed up the chilling of the soup before serving.