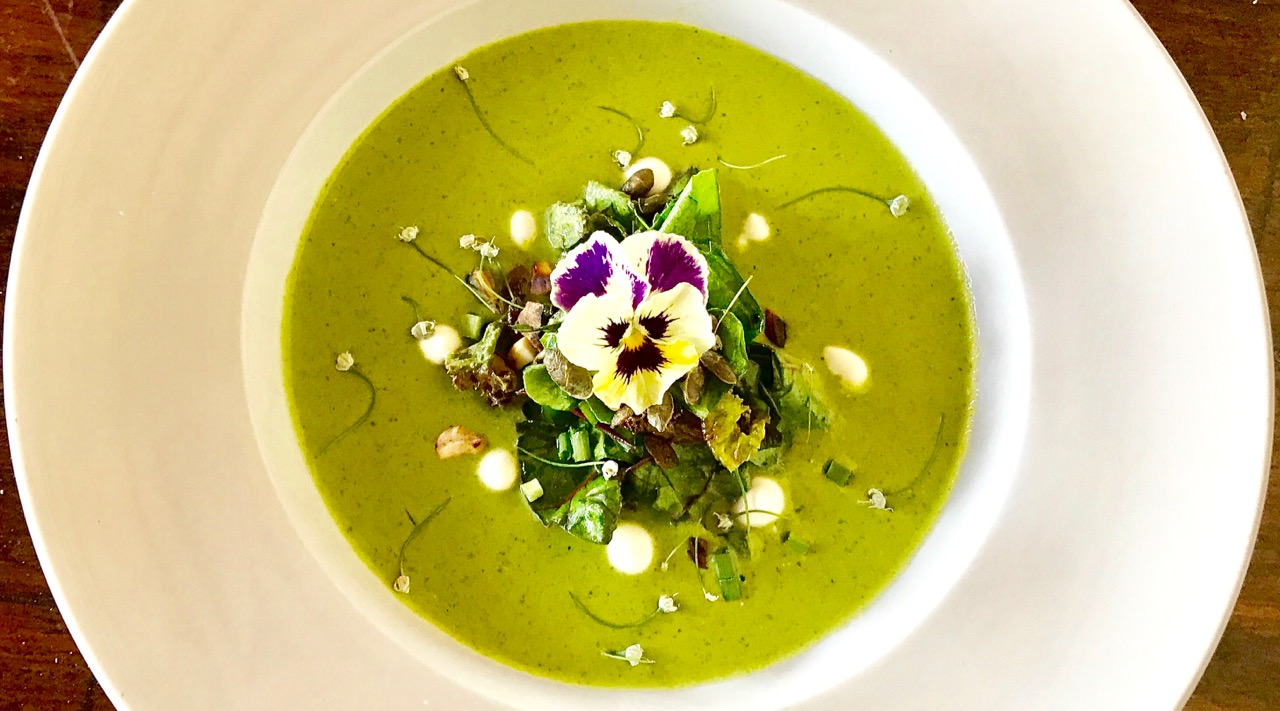 One of my most important considerations when developing recipes in the Upper Zambezi Valley is the weather. For nine months of the year it’s hot, with October being the hottest month of all. It’s the hottest and the driest. Suicide month, as some people call it. Here, right now, we long to smell THAT smell, petrichor. We long for our first drenching of rain. We long to wake up to a cool, wet dawn.

… “Oh, the stinging tsetse flies and the crocodile’s eyes,
This is no place to dally.
For there’s no food here and I thirst for beer,
In the hot Zambezi Valley.” …

There is a great deal of food here, as it turns out, because we grow and nurture our own organic vegetable garden. And it’s at its best in October, when the heat ramps up and before the heavy rains set in, bringing with them insects and disease. It’s in my garden in which I dream up dishes I know will counter this heat. It’s the garden that always teases my imagination. It’s where I go first. It’s where I go last. It’s my beginning, it’s my end.

Cool and wet. Nothing quite does cool and wet like a cold soup, served on a hot day, made with fresh ingredients picked from your own garden. And nothing quite does cold soups like a gazpacho. Gazpacho. That piquant, punchy Andalusian soup originally brought to Spain by the Romans. I read here that  “the Roman legions [carried] bread, garlic, salt, olive oil and vinegar along the roads of the Empire, with each soldier making his own mixture to taste.”

And that’s the thing. Most people think gazpacho is made with tomatoes, when tomatoes were an addition only after Christopher Columbus discovered the New World. To start with, the aforesaid Roman ingredients were mixed with water, before the Spanish had the idea of adding raw vegetables to enhance the soup’s flavor.

The original green gazpacho recipe I used was Yotam Ottolenghi’s. I have since modified it to suit what grows well here, leaving out ingredients that I think overpower the flavor. I then had the idea of creating a small salad in the center of the soup to showcase  all the ingredients I used to make it. I served my Green Gazpacho Salad with Roasted Pumpkin Seeds & Mongongo Nuts for the first time last week at The Elephant Café to a group of guests visiting, funnily enough, from Spain, Italy and France. They loved it.

The Green Gazpacho Salad with Roasted Pumpkin Seeds & Mongongo Nuts is super-healthy, filling, and flavorful. It can be made in large batches and frozen, if you leave out the yoghurt and then add it later. It’s also a terrific way of avoiding waste in your garden.

Notes: try and use young leaves if you want to avoid a bitter taste in the soup. Remember, there is a lot of preparation of fresh ingredients in the making of this soup that can be done in advance. Give yourself time.

For the salad dressing