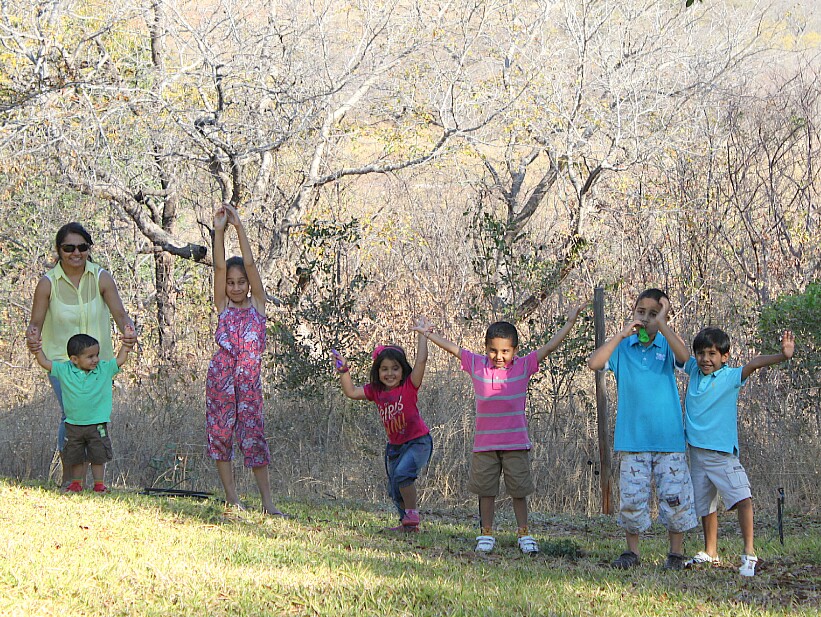 So said Vikas Khanna, the Michelin-starred Indian chef and host of MasterChef India. I love this quote, and I fully agree with him. Food does bring families together, and last Sunday it brought two of Livingstone’s oldest Indian Zambian families out to the farm. Three generations of Parbhoos and Bhukans arrived with their friends for a garden-to-table lunch.

Our main course included a Thai Green Chicken Curry, a Thai Red Vegetable Curry, Jasmine coconut rice, freshly baked ciabatta bread with farm butter, and a homegrown garden salad with an Asian dressing. This was followed by a pale green Sweet Basil ice cream, a herb that is flourishing in the garden right now, which I served with pistachio nut florentines. To end the meal, we served homemade Mongongo nut biscotti with coffee.

There isn’t much that the Parbhoos and Bhukans don’t know about the vicissitudes of Livingstone. By all accounts they’ve seen it all. Their forebears were tailors, who traveled from India by ship to South Africa and then by train to what was then Northern Rhodesia. They disembarked in Livingstone and have lived here ever since. They have thrived and survived the boom and bust years of post-independent Zambia, tacking this way and that to keep their family businesses moving forward.

Manu Bhukan recounted to Chris on Sunday how he had to leave his Southern Rhodesian school at 16 years old when his father’s tailoring business in Livingstone burned down in 1956. Manu had to forfeit an education to help rebuild his family’s business, which later morphed into the successful Bhukan Brothers Ltd, a company that umbrellas everything from manufacturing to supplying to distribution.

Roshan Parbhoo, a scion of his family’s business, which today includes a milk-packaging plant and a supermarket franchise, told me how it grew out of the collapse of the textile industry in Livingstone in the 1990s, after competition from East Asia proved too challenging for Zambian producers.

Roshan also talked about the Chiku trees his grandfather brought to Livingstone from India back in the day. Every Diwali–the Hindu Festival of Lights–the Parbhoo family reap the fruit from their Chiku trees to turn into ice cream to hand out to the children. Roshan has promised to gift me some Chiku fruit when it ripens later in the year, which I hope to experiment with and write about in due course.

Spar, the supermarket franchise owned by the Parbhoos, occupies a street corner in downtown Livingstone, a building they moved into two years ago. “Quite by chance Spar occupies the same spot where our family-run grocery store was opened by my grandfather all those years ago, but which closed in 1990. Now we’re back.” said Roshan.

Life, it seems, lives in circles.